This lesser-known work chronicles key events in the battlefield and bedchamber of one of England’s tallest kings, who traded reigns with Henry VI and was directly responsible for putting Richard III in line for the throne. The soap opera-worthy plot includes the love triangle between Edward, his mistress Jane Shore, and her husband Matthew, who runs off and becomes a pirate.

Directed by Francisco C. Torres from an original adaptation by Sarah Z. Johnson.

Faustus is the non-Shakespeare work most commonly requested by MSC patrons and a classic tale of the ultimate ill-conceived bargain. Our performance was based on the “A” text. 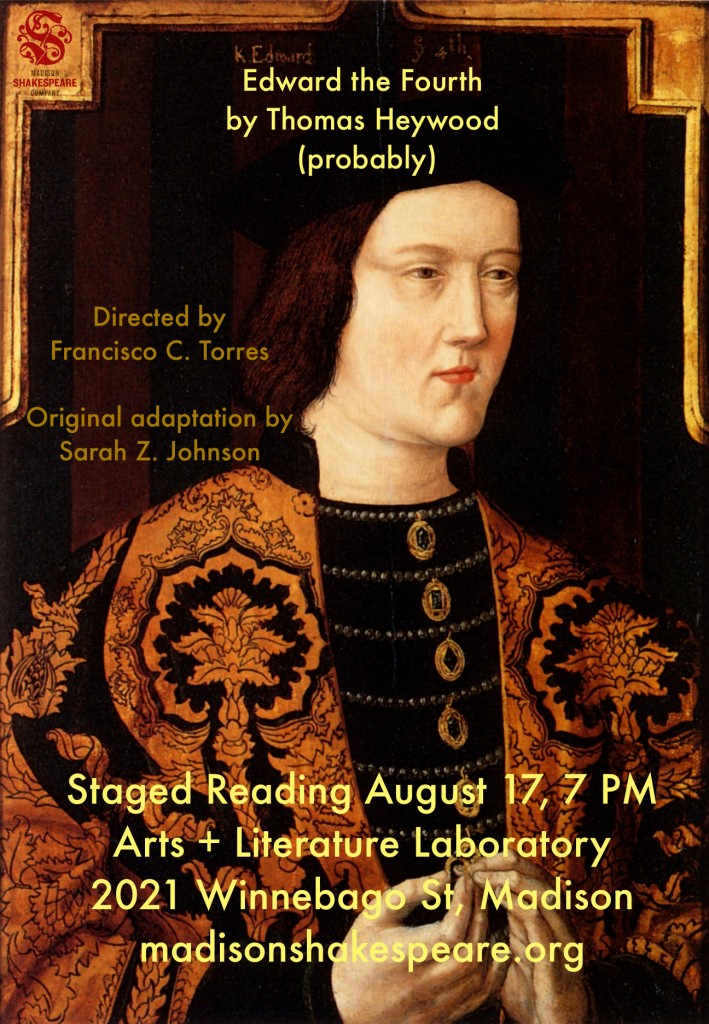