Sloshed Shakespeare: Antony and Cleopatra runs for three more performances, August 3 and 17 at Brink Lounge, and August 8 at High Noon Saloon. Here’s a guide to the players: 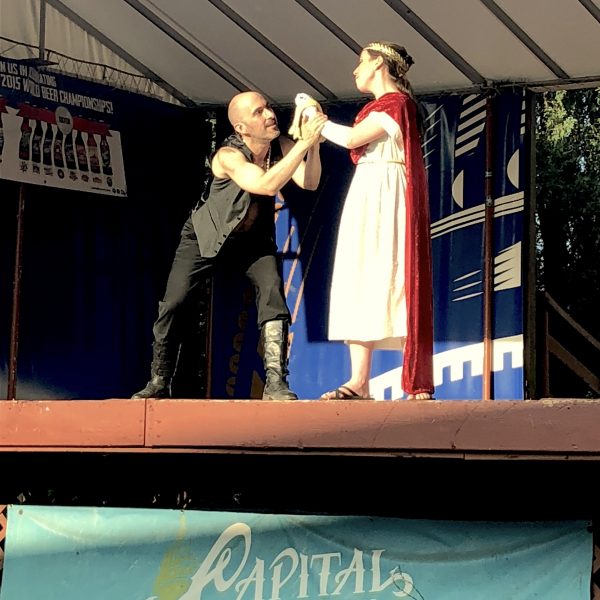 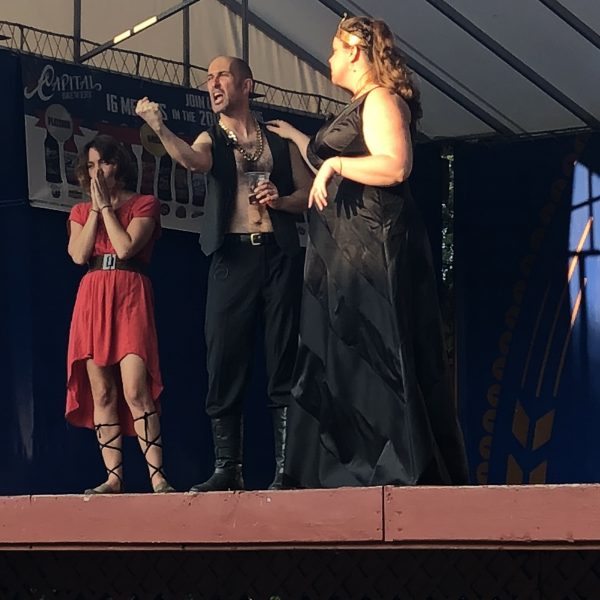 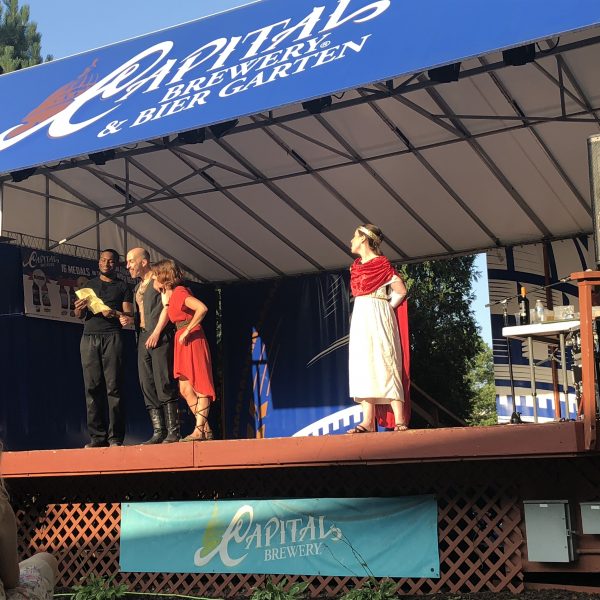 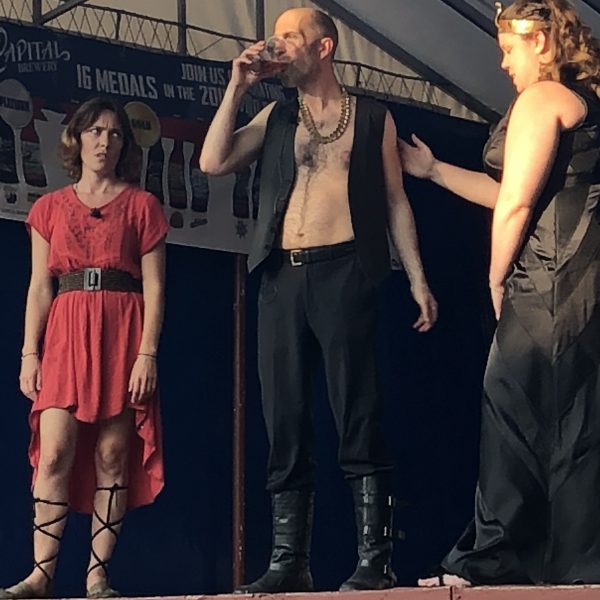 Mark Antony: One of the three Triumvirs of Rome. Turned Julius Caesar’s assassination into political advancement. Leaves his wife Fulvia behind in Rome to shack up with Cleopatra.

Enobarbus: Antony’s loyal, long-suffering advisor. Goes with the flow until he reaches a breaking point.

Dercetas: A Roman soldier, who distrusts Cleopatra, navies, and everything about Egypt in general.

Octavius Caesar: Another Roman Triumvir. Julius Caesar’s adopted nephew. A good student and tactician who is more than willing to kick Antony when he’s down.

Charmian: Cleopatra’s right-hand woman. Quick with a joke at her mistress’ expense.

The Clown: Keeper of deadly snakes.

The Soothsayer: A saucy wizard.

Seats are limited for the remaining shows, so book now:

Photos by Jenny Jaeger for 608 Sound and Light